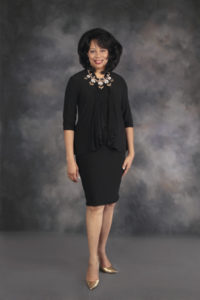 Featured in the 1976 edition of the book Outstanding Young Woman of America.

Ms. Cleveland specializes in Oratorio and Recital singing, but her versatility is in styles of singing are also well-known, as exhibited in her performances with Larnelle Harris in 1984 and 2012. Her performance career has been quite extensive. Some of her performances include: 1979- UNCF Board in Governor’s Mansion, Columbus, Ohio, ,1979-1980- Performed in Cleveland Orchestra Chorus, Lorin Maazel, Director and Robert Page Choral Director, Soloists with Huntsville Symphony Orchestra, Dr. Pales, conductor – 1985 – “Bach’s Christmas Oratorio and 1986 – “The Christmas Pop Concert” in Von Braun Concert Hall, 1974 Handel’s Messiah and 1985 Rossini’s Stabat Mater soloist with Huntsville Orchestra (Oakwood University Church), 1990 -Featured soloist at Mayoral Inauguration of Maynard Jackson- dignitaries in attendance were Coretta Scott King, Jesse Jackson, Governor of Georgia, 1990 in concert at New Gallery Centre and Newbold College in London, England and sang throughout London and Holland. Ms. Cleveland has appeared in numerous Television appearances, as well as singing in an expansive auditorium that seats thousands. She is well-respected in music communities as an accomplished musician and has concertized throughout the Midwest and South.

Ms. Cleveland began her teaching career in Cleveland Public School System from 1978 – 1980 as a full-time Choral Instructor. After a successful tenure there she relocated to Huntsville, AL where she taught full-time in Huntsville City Schools, as a “Highly Qualified Teacher,” from 1981-2013 as a middle school choral director. She met the challenge of exposing her students to many performance opportunities: school-wide functions, productions and school assemblies, District and State competitions, All-City Choirs and festivals and community performances. She also began her study of piano at approximately 7 years old – 18 yrs old , and she used this ability to accompany her students on many occasions. She recently retired from Huntsville City Schools after a long successful teaching career. Ms. Cleveland also taught part-time Oakwood College/University for over 30 years as an Associate Professor of Voice, Choral Director and teacher of various courses throughout her tenure there. Throughout Ms. Cleveland’s career she has Conducted the following Musical Groups with clarity and precision:  Oakwood College Choir, Aeolians,  Oakwood Church Chorale, Oakwood Mass Choirs, Stone Middle School Choir, Westlawn Middle School Choir, Alexander Hamilton Jr. High Choir and Clee Club, Trios, Ensembles and Orchestral Accompaniments. She influenced and affected the lives of many young musicians who matriculated through the halls of the Music Department; some who have gone on to become outstanding Musicians and Performers.